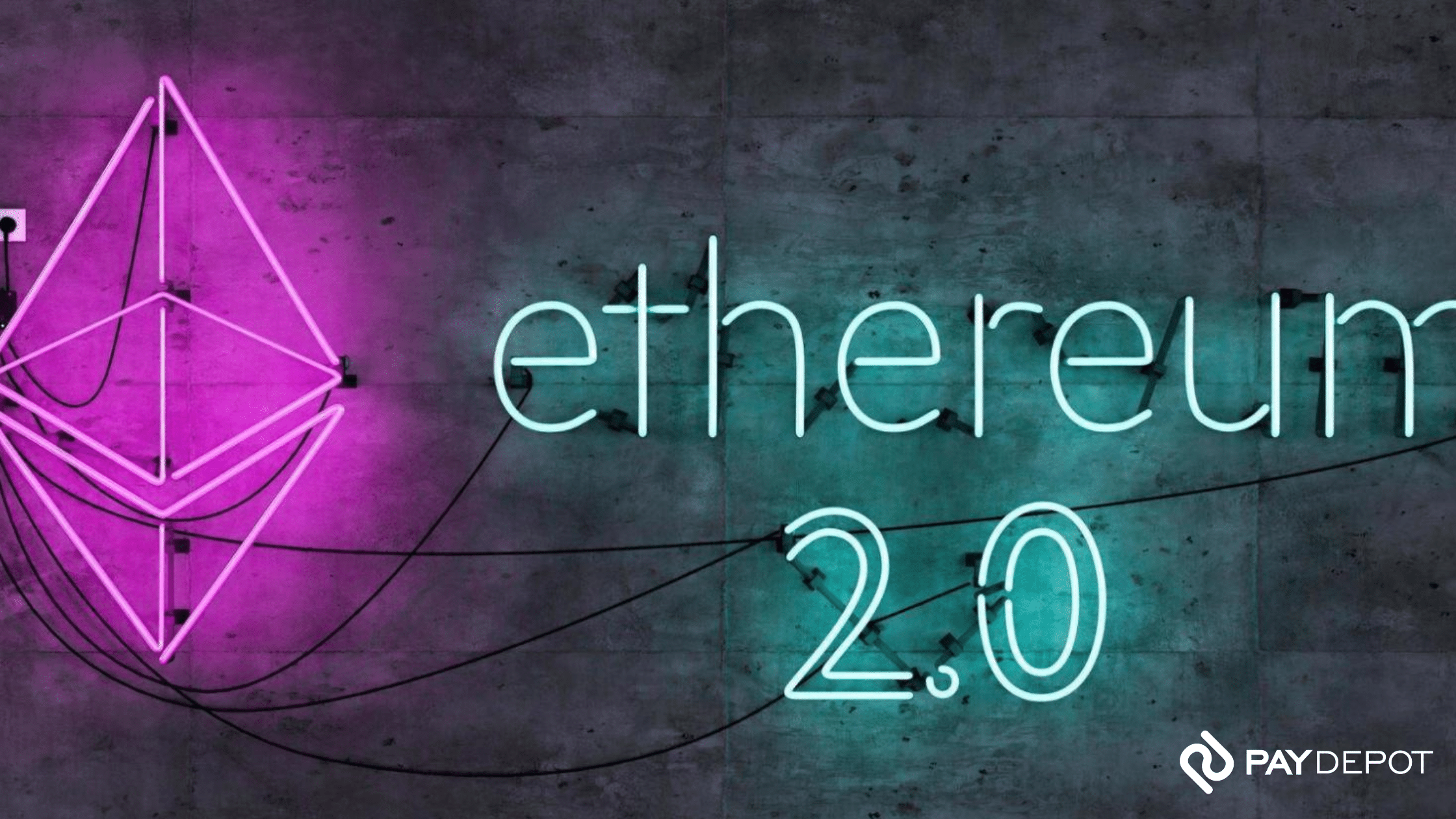 The world's 2nd largest cryptocurrency, Ethereum, is soon getting a huge upgrade. Meet Ethereum 2.0 (ETH2 for short), also known as Serenity. This upgrade aims to make Ethereum more secure, sustainable, and scalable – but how? In this article, we'll examine what changes Ethereum 2 brings to the table, when we can expect it to be fully rolled out, and what the implications are for investors.

What's the Difference Between Ethereum (ETH) and Ethereum 2 (ETH2)?

ETH 2 is upgrading several facets of Ethereum – but the primary difference is the mechanism on which it's used. Ethereum happens to use a proof of work (PoW) consensus mechanism, while ETH2 uses a proof of stake (PoS) one. Due to this change, ETH 2 will have a more sustainable network, an enhanced capacity for transactions, and reduced fees.

What Is a Consensus Mechanism?

Usually, organizations store user information (names, addresses, emails) on databases. These databases are held on computers that exist in one location and are operated by an administrator. We can think of a blockchain as a type of database – but instead of holding information in a central location under one person's supervision, info is dispersed across many locations and individuals. Thus, if a computer goes down, the network and data are still kept up and running.

But as more individuals become involved, it becomes necessary to agree on a correct dataset so that all data versions match. And to form a consensus, it's necessary to create a mechanism.

Ethereum currently uses a PoW consensus mechanism (like Bitcoin does), which requires computers to compete against one another in order to process transactions and earn rewards. The process is time-consuming and energy-intensive, which is why the new ETH 2.0 is moving to a different kind of mechanism: Proof of Stake.

These nodes (also referred to as "stake pools") are chosen by the algorithm based on the size of their stake. Essentially, the more coins within a stake pool, the more likely it is for the node to be chosen. However, it wouldn't be fair if the wealthiest pools always won; therefore, there are other criteria factored in, including the number of times that coins have been staked.

Here are some other major differences between a PoW and a PoS consensus mechanism.

What Are the Rewards of Staking ETH?

With Ethereum 2.0, anybody will be able to validate transactions and earn rewards for staking. Upon staking ETH, it will convert to ETH2, which is identical in price. And, don't worry – when the Ethereum network upgrade is complete, your ETH2 will change back to ETH. When you stake ETH, you can earn up to a 5% Annual Percentage Rate as a reward.

The percentage amount is in accordance with how much Ethereum you validate and on the rewards that the network is offering during that time period. When there is not much ETH stake, the rewards will increase to incentivize more ETH to come online. Conversely, if there's already plenty of ETH staked, the reward will be reduced.

When Will Ethereum 2.0 Be Released?

Actually, we have already experienced the first phase of Ethereum 2.0. In December of 2020, Phase 0 was rolled out and delivered 3 new pieces of tech to the ETH ecosystem: a Beacon chain, the PoS consensus mechanism, and validator nodes.

So, what comes next for ETH2, and what is the projected timeline?

Each phase of ETH2 will take approximately 6-8 months to complete. So, keeping that in mind, we can expect the upgrade to be fully implemented at some point in 2023.

Will This Affect the ETH Price?

Many traders and investors have speculated that the network's upgrade will bump ETH's price. This is mainly because Ethereum will become a more practical option to the average person. Ethereum’s transactional fees will likely drop low enough that users can afford to move a small amount of coin. Currently, transaction fees are quite large, which makes the coin less accessible and limits its growth.

As ETH 2.0 rolls out, the system will become more affordable for people in third-world countries and refugees. The decentralized financial ecosystem of ETH will enable people to more easily get loans, investment opportunities, and financial accounts.

What Does It Mean for Investors?

Now, to answer the question that you've likely been asking yourself: what does the upgrade to the new Ethereum system mean for investors? While we aren't giving concrete price estimates (as we're still far out from implementation of Phase 3), this upgrade will likely lead to great investment results? And why? Well, the network is being improved in pretty much every way – and as improvements lead to more widespread adoption, you'll see prices rise.

Here's why Ethereum was desperately in need of an upgrade: with its current state, huge transaction fees, and congested validation times, ETH has become nearly unusable. In many cases, the cost of fees was larger than the money that a user was trying to move – which is certainly not a viable scenario.

Ethereum’s DeFi network lowers its entry barrier, it will likely grow significantly in worldwide adoption – and ETH's price will probably rise right alongside it. The major caveat? It all depends on Ethereum’s public acceptance. The more buzz the upgrade gets, the better.

Want to start trading ETH? Check out our services! At PayDepot, we are focused on the future of finance. Buy and sell the most popular digital currencies and use our interactive map to find crypto ATMs. We even have an app wallet for your utmost convenience. It's never been easier to buy crypto online.