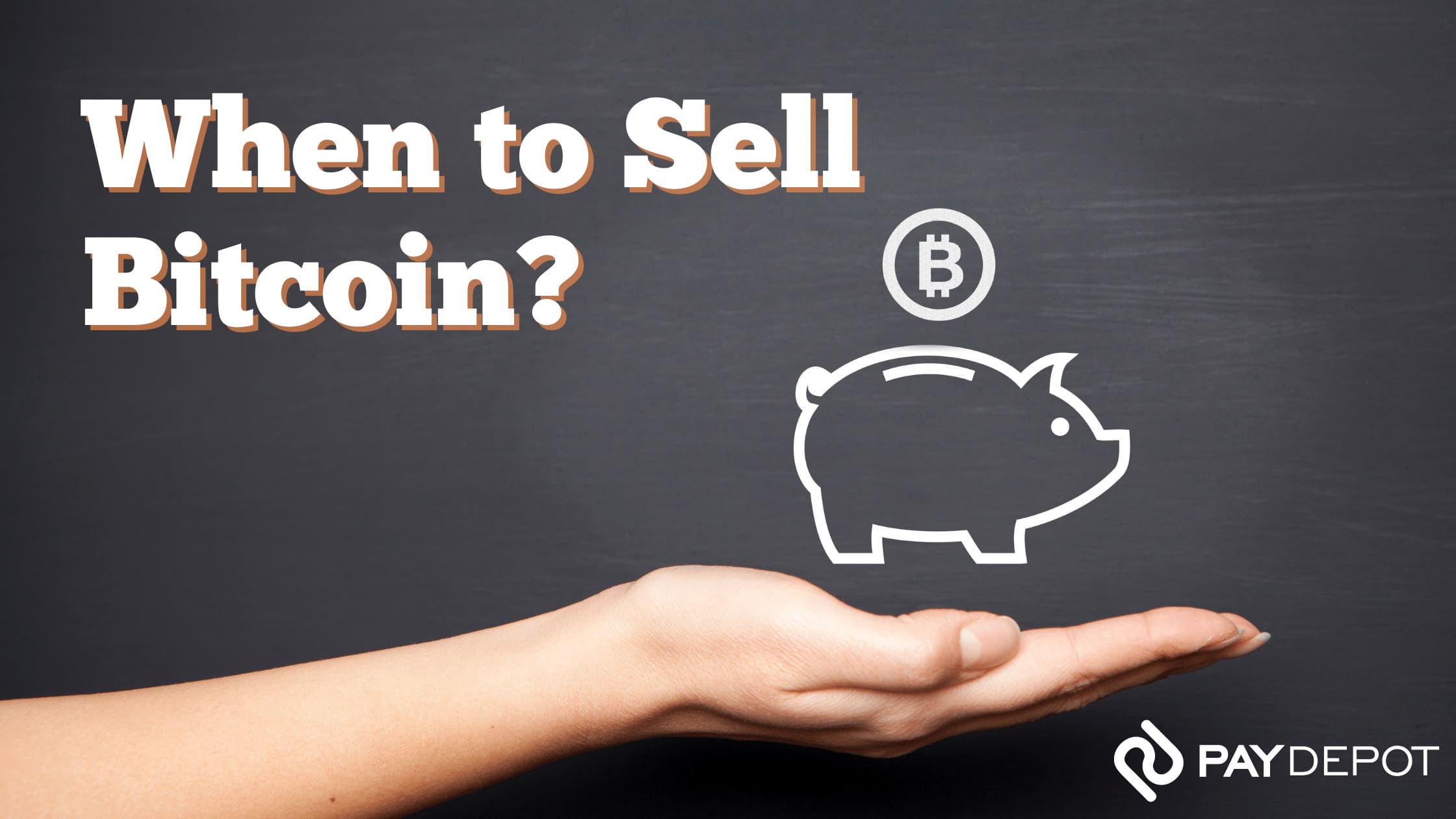 When to Sell Bitcoin

Since its original conception in 2009, Bitcoin has been one of the most popular cryptocurrencies in recent history. However, if you're one of the many people who has witnessed the rise of Bitcoin as an investor, you're also likely familiar with the massive wave of fluctuations that have rocked its value.

Best Tips to Sell Your Bitcoin

Although many investors choose to hold on to their Bitcoins in hopes of selling them at a much higher value, it is essential for those looking to make money from investing in Bitcoin to know the best time to sell.

Here are some helpful tips you can use when determining whether or not it's the right time to unload your Bitcoins:

You Reached Your Personal Target

If you set a goal price in your mind with Bitcoin, it's a good idea to cash out once you reach that goal price. For example, if your plan was to make a profit of $5,000 with your Bitcoin, you'll want to sell it once you reach that point. However, you still want to watch the market for indicators that it may rise as selling too early could mean missing the significant gains you initially set out to make.

Whenever you invest your money, your goal is to maximize your profits. To do that, you'll need to look at the technical indicators for Bitcoin and stock up when it's trending upwards before selling once it reaches an all-time high point. Significant indicators include the Relative Strength Index and Stochastics. Remember that these tools aren't 100% accurate, so using them as a guide is helpful, but you should still consider other factors.

If you're investing in Bitcoin, the price history of the cryptocurrency is something that should be considered. You'll want to watch out for any repeated patterns or historical trends. If you notice a rise and drop-off pattern occurring over and over again, it may be time to unload your investment, so you can avoid taking a loss before the next drop-off begins.

You Don't Know Anything about Bitcoin

If you're still uncertain about what Bitcoin is and how it works, it might be time to cash out and focus on an investment you understand. The best thing you can do for yourself as an investor is to educate yourself about the factors that drive its value. After all, knowledge is power when you're looking to make the most out of your finances.

You're Having Anxiety over Your Investment

Although it isn't the most practical financial strategy to take, you can decide when to sell by how anxious you feel about your investment. For example, if selling means avoiding a heavy loss and relieving yourself of the worry and anxiety over holding onto your cryptocurrency, it might be wise to cash out no matter what price it reaches.

The Growth Is Better Elsewhere

When it comes to any investment, diversification is always a smart idea. If you notice that your Bitcoin isn't doing so hot when compared with another asset in your portfolio, it might be the right time to sell, so you can reinvest in something else. Remember, Bitcoin isn't the only investment option.

All Your Money Is in Bitcoin

If all of your money is tied up in Bitcoin, it might not be the best choice to hold onto it for too long. While there are ways to diversify your holdings at first, if you've got no other investments to fall back on once you cash out, then it's probably smart to sell while you can.

You Need Something More Than Bitcoin

It's possible that you've already made your fortune with Bitcoin and are looking for something even more exciting to invest in. If this is the case, there's no better time than now to sell your cryptocurrency, so you can make a move on another investment option.

If you're waiting for someone to tap you on the shoulder and tell you when to sell your Bitcoin, now might be the time to do so. After all, it's difficult to predict market movements, and you might not be able to get rid of it before a significant drop-off begins. (Note: You should always research before making the right investment decision for you, not allow someone else to make that choice for you).

No Benefits For You

If you're not making money on it, you're better off cashing out while you can and moving that money into another asset. The best thing you can do for yourself is to sell your Bitcoin before the price starts to drop further or important news about the cryptocurrency hits the presses.

You Don't Think Crypto Is Worth It

Although others might have convinced you that it's a smart investment, if you've decided that cryptocurrency isn't for you anymore, then it's probably time to sell your Bitcoin. Whether or not it's worth investing in at all is up to the individual, and no one else should make this choice for them.

Stock Chart Patterns That Indicate You Should Sell Bitcoin

Wall Street has been using chart patterns for years to determine where the market is going next. Although investing in Bitcoin isn't precisely like trading a stock, you can still look at historical charts and indicators to determine where it's headed. Here are a few of the most common signals you should know about: 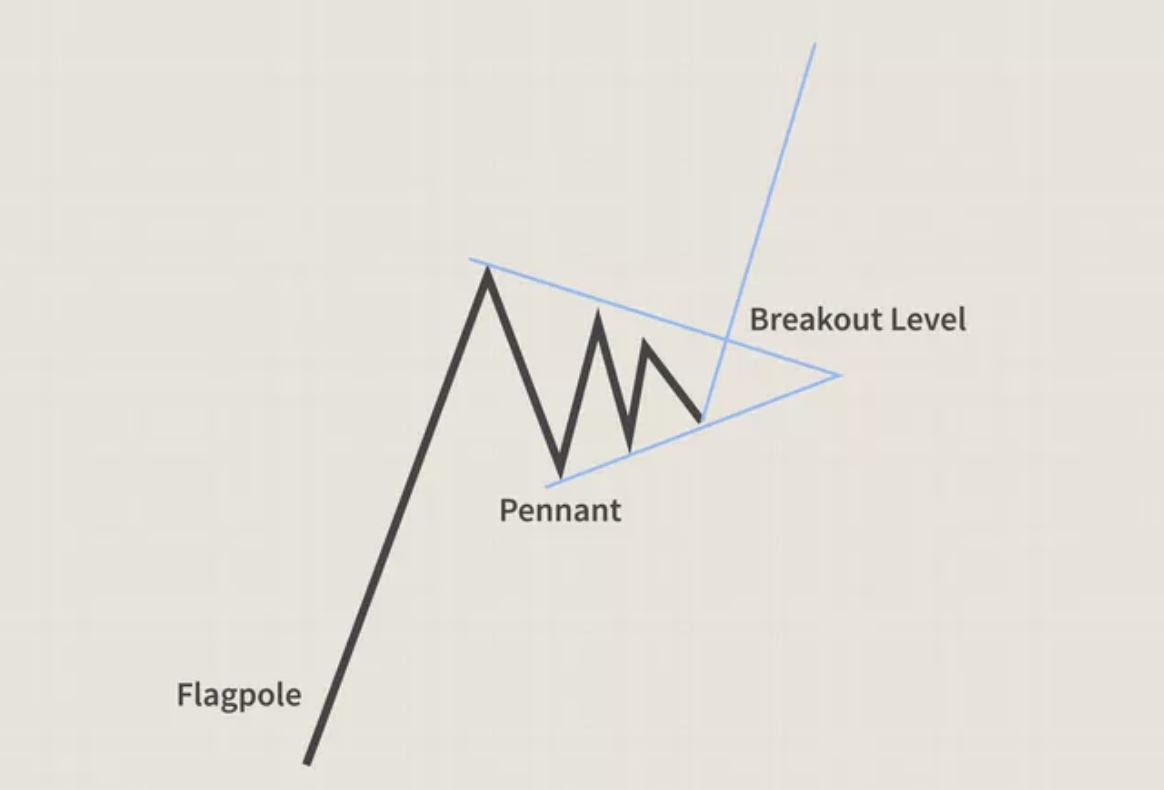 Flags are typically indicated with two lines that are parallel to each other. They can either have an upward trend or a downwards trend. 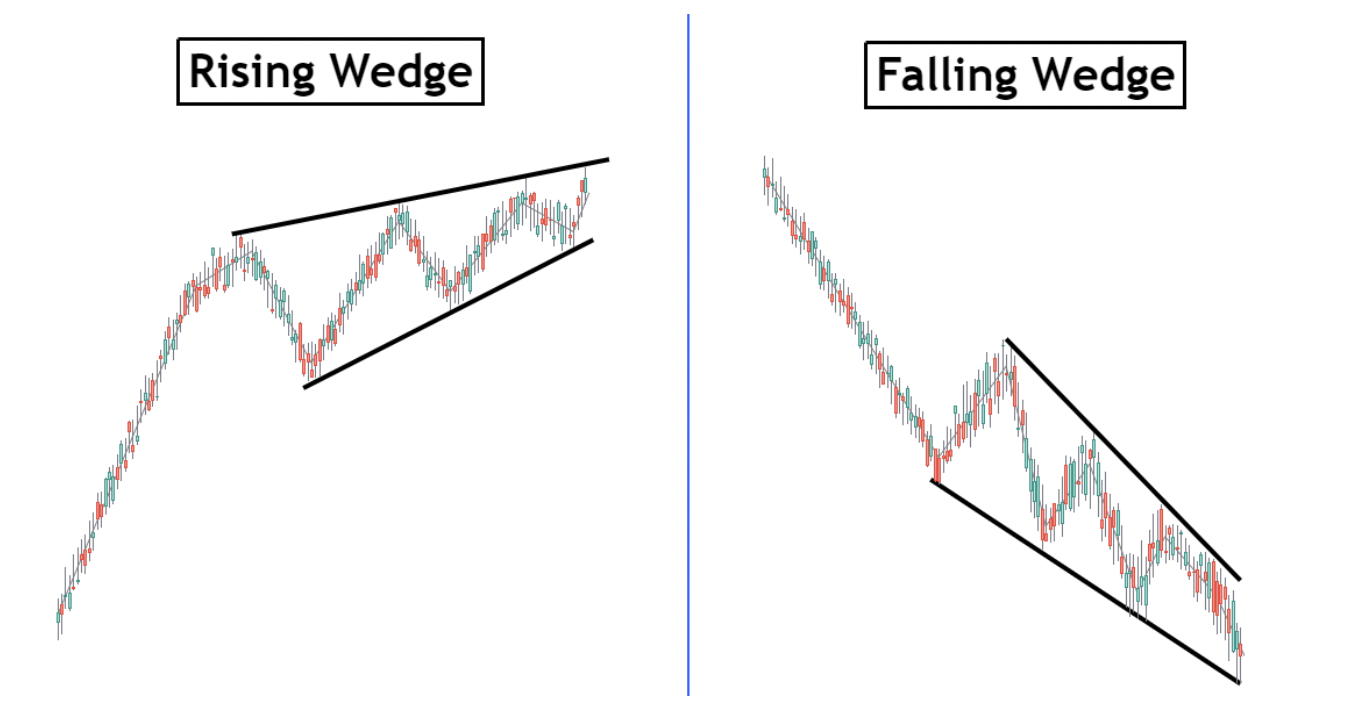 Wedges are drawn with angled lines, either pointing up or down. However, it will look different than a pennant because they'll both be in the same direction.

Reversal Patterns That Indicate You Should Sell Bitcoin

There are a few types of indicators that can show a reversal pattern. These will be specific to certain trends and might not always occur together. A few of the most important examples you need to know about include:

Double tops look similar to the letter M and are two failed attempts to break through a specific price barrier.

In the opposite direction, this is again two failed attempts to break through a price barrier. However, the resulting pattern typically looks like a W.

The cup and handle shape typically looks like a u-shaped graph with the handle taking a downward slope.

The ascending triangle shows a slow but steady increasing pricing pattern. This is typically an indicator of bullishness.

The descending triangle shows a slow but steady decreasing pricing pattern. This is typically an indicator of bearishness.

The triple bottom shows three long dips in pricing, indicating that there will be an upward movement.

Harmonic Patterns That Indicate You Should Sell Bitcoin

Harmonic patterns apply the Fibonacci ratios to price patterns to identify when there will be a trend reversal. This helps traders understand and forecast future price movements in the market. The most common harmonic trading patterns include:

The primary ratios are derived in the following way. If you take a number and multiply it by its corresponding ratio, the results should equal the original number. This means that if you start with one and multiply it by .618, you'll get 0.618 as a result.

Selling When Volatility Is High Rule

Another common way to know when it's right to sell your Bitcoin is to wait for volatility to increase. Once the price has doubled, there's a higher likelihood it will drop back down again. This is because increased price fluctuations indicate an unstable market. So, this may be an excellent time to pull your Bitcoin off the market and cash out on your profits.

This is a general rule of thumb. It means that if you want to make money from Bitcoin trading, you need to be buying when the price is low and selling when the price is high. This will help ensure that your Bitcoin maintains its value or increases in value over time instead of losing its value due to volatility.

Where to Sell Bitcoin

The best way to sell Bitcoin is through a reputable digital currency exchange. Most of these companies will allow you to cash out your Bitcoin and receive the value in U.S. dollars, Euros, or even cryptocurrencies like Ethereum or Litecoin. Here are a few of the most popular ways to sell your cryptocurrency.

Cryptocurrency exchanges are websites that allow you to buy, sell, or trade cryptocurrencies. Some of the most popular exchanges include Coinbase, PayDepot, and Binance.

Another popular method is to sell to another person directly. This can be done through Craigslist, P2P marketplaces, or even social media groups. However, this is less secure, so you should make sure you know who you're dealing with before agreeing to sell your cryptocurrency.

Although this requires more work on your part, it's another popular option for selling your cryptocurrency. Again, sitting down with someone in person and exchanging cash for cryptocurrency eliminates any chance of fraud because you can't fake an in-person meeting.

Another convenient option is to sell your Bitcoin at a local Bitcoin ATM. Like how you would sell cash for Bitcoin online, you'll have to physically go to a machine and insert cash in exchange for cryptocurrency.

Do you have to pay taxes when you sell Bitcoin?

If you live in the United States, you have to pay taxes on any money you make from Bitcoin, similar to how you report income. Before filing your taxes, read over the official regulations from the IRS to make sure you're following the rules.

What is the best day to sell Bitcoin?

There's no one best day to sell Bitcoin. Instead, it's essential to focus on market trends to ensure you're selling at the perfect time. Look at historical charts to figure out when exchanges are more volatile, and you can make significant money.

How do I convert Bitcoin to cash?

The easiest way to convert Bitcoin to cash is to sell off your Bitcoin using a Bitcoin ATM. This will allow you to sell off as much as you want and receive cash in return, similar to a regular ATM.

What day of the week is Bitcoin's highest?

According to historical data, Mondays are typically when Bitcoin is at its peak. In addition, volatility is typically low on this day, which increases your chances of selling at the right time.

How do I sell Bitcoin at a high price?

The best way to sell Bitcoin at a high price is to pay attention to market trends and use data to help you make an educated decision about the best time to sell your Bitcoin.

How fast can I cash out Bitcoin?