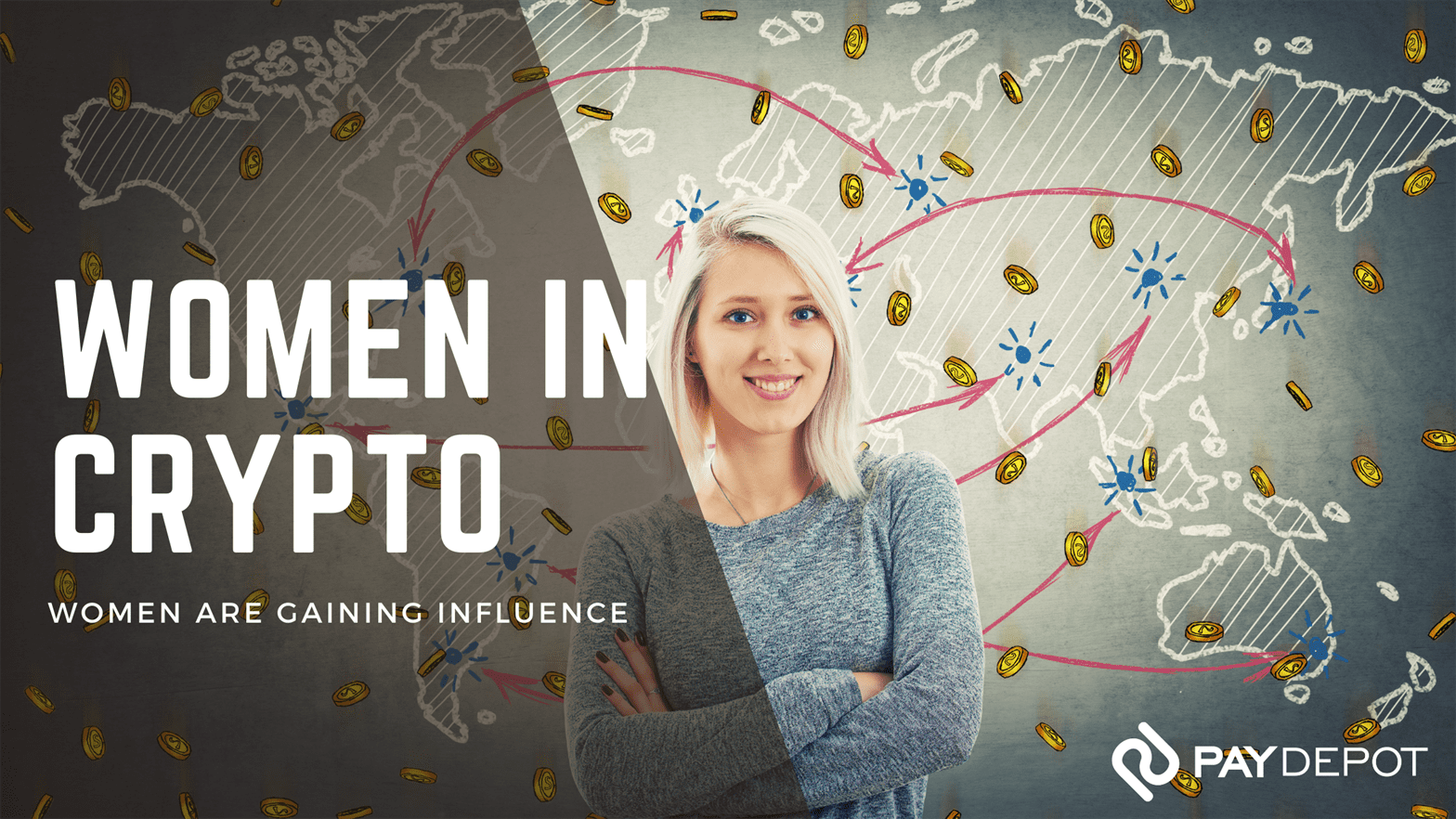 It wasn’t too long ago that the crypto sphere lacked gender diversity, just like the rest of the technology industry. That’s why Susan Joseph founded “Women In Blockchain,” promoting inclusiveness in the cryptocurrency sphere and standing up for women in tech that too often find themselves interrupted, talked over, or ignored. It’s never easy breaking into a boy’s club, but the efforts of women in crypto to gain influence are paying off, with the number of women getting involved steadily increasing. The data from PAYDEPOT, the leader in cryptocurrency technology, shows that the number of women that trade cryptocurrency is steadily increasing.

Until recently, only four to six percent of crypto investors were women, which meant that they were largely cut out of the early fortunes that were made in the industry, giving them little control over its direction. Since few women traded crypto, the industry marketed their new offerings primarily to men, assuming that women were not interested in crypto. For example, the North American Bitcoin Conference in 2018 had eighty-four speakers, only three were women, and the official after-event party was held at a strip club in Miami. DateCoin, a virtual currency company, tried to lure investors with a scantily dressed woman and the text “Touch my I.C.O.” That event ignited a flame for women in the industry, sparking efforts to make crypto a model for increasing women’s involvement in the tech sphere. Leaders in the industry have supported these efforts by developing technology that makes trading crypto more accessible, such as PAYDEPOT’s crypto ATMs.

Gender Inequality in the Developing World

The crypto community in the United States is male-dominated. Still, it’s even more extreme in countries where women do not have the same legal rights as men to handle financial affairs, get an education, or seek employment. For example, in Nigeria, only 25% of women go to school, and laws prohibit financial independence for women, making an entrance into the growing crypto industry in the country challenging. A study done by the bitcoin trading platform Paxful found that 75.8% of the people who responded to their survey in India relied on digital currencies to transfer money due to deficits in the country’s banking system and felt that crypto was their “road to financial freedom.” It’s not surprising that in a country where women have few financial rights, they are even more underrepresented than in the West. This is changing as efforts are underway worldwide to empower women with technical skills, education in finance, and training in the blockchain industry. PAYDEPOT is spearheading this effort with convenient ATMs that accept cash and debit cards.

Women in Crypto Are Increasing in the West

According to a CoinMarketCap survey, women’s involvement increased by 13% from 2018-2019 and by 43% in 2020 despite a general slowdown in the world economy. In March 2021, Teana Baker-Taylor, the general manager of crypto.com, called it an “explosion” of women entering the industry. She also believes that women’s involvement in crypto is essential to its adoption by the mainstream as women represent 50% of the population. Yael Rozencwajg, a founder of Blockchain Israel, sees great promise using blockchain technology for smart contracts, discovery, and other legal applications that require high levels of security when recording every step taken on the project. Rozencwajg sees great promise for women working in crypto because the overall newness of the industry means there are still many untapped opportunities.

Women and the Crypto Mission

It’s important to remember that the mission of crypto is to democratize the world of finance by providing alternatives to standard banking and investing. It’s well established that companies with more women in positions of power are more innovative and nimble. Bringing more women into crypto isn’t just something to do to help women get ahead—it’s an asset to the industry that should not be overlooked.